In offices around the U.S., LEDs are quickly becoming the ideal choice for lighting, and for good reason.  Studies show they are 60-75% more energy efficient, last 20 times longer, release less heat, and shine brighter than incandescent or florescent bulbs.  Plus, unlike standard fluorescent lighting (including CFL bulbs), LED lights also are mercury-free, eliminating the dangers associated with mercury contamination.  These benefits, along with others, caught the attention of Jamie Kelso, SE&D’s office manager.  Jamie proposed the office invest in switching to LEDs, knowing the energy saved would pay for the $1,000 cost of replacement.  SE&D Vice-President Ron Howard liked the idea and gave his blessing, provided the lights pay off the investment within 5 months of installation.

Fortunately, the result was even better than anticipated. 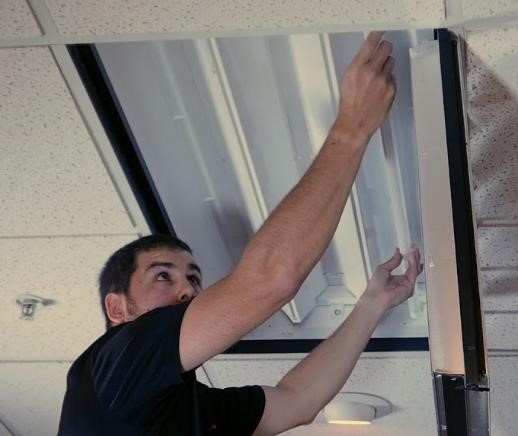 SE&D installed the LEDs in October, and by December SE&D had already recouped the $1000 investment with three months to spare.  Today the lights continue to brighten the building’s offices, hallways, and conference rooms while also allowing SuprTEK to devote more revenue to more important concerns – like salaries, proposals, and new technology.  The end result is better, state-of-the-art web applications to support the warfighter, thanks to SE&D and Team ADEV.  Plus, it will be a long time before anyone has to worry about buying replacements or changing a burnt-out light.

If you or your organization is considering switching to LEDs, you should investigate the cost and pay back associated with the transition.   You may find that, like SE&D, it provides long term benefits – to the environment and to your bank account.