The Enterprise Independent Verification and Validation (EIV&V) Team, operating from SuprTEK’s Solutions Engineering and Delivery (SE&D) division in O’Fallon, IL, and on-site at Scott Air Force Base in Belleville, IL, has become the “go to” provider of independent software testing for the Army Material Command’s Surface Deployment & Distribution Command (SDDC).  In just past year, our EIV&V team has documented hundreds of software issues, 47 of which were deemed critical – meaning if not caught prior to production release it could severely impact the war fighter.

This superior performance has expanded the number of applications SDDC has assigned to EIV&V for verification from 11 at the start of the contract in late 2013 to nearly 50.  There is a long list of reasons for our EIV&V team’s success, but two areas of excellence stand out in the team’s ability to achieve high levels of customer satisfaction.

Intra-team cross training and communication is a primary key to our success.  With such a large suite of applications to verify, EIV&V team members regularly share and learn from each other so everyone is up to speed on functionality, criteria, and methodology.  No one person is a single source of knowledge or expertise, and each team member shares primary and secondary responsibilities for a handful of applications.  Peer reviews in developing test strategies and designing test cases ensures the entire team is on the same page in terms of application knowledge and testing processes and practices.

Each team member has to be ready to employ a range of test methodologies from manually testing user interfaces to writing automated tests.

Additionally, the EIV&V team goes the extra mile in understanding the application or web service, understanding how the customer users it, and understanding the goals and criteria the software needs to achieve in order to meet expectations.  This is accomplished through formal and informal training within the team as well as regular “lunch and learn” style interactions open to all affiliated government and contractor personnel.  This not only creates a better network for open communication, but it also allows participants to see issues from different perspectives instead of the view from inside their own silo.  This open communication across the program gives everyone, including the EIV&V team, a better understanding of the software and of its affiliated project and project goals.  The EIV&V team sees all the project stakeholders as being on the same team with the same goal of delivering excellence to the end user.

Learning to work smarter is a constant EIV&V goal.  After a careful review of testing tools, our EIV&V team recommended that SDDS buy licenses for Smart Bear’s Test Complete for all of its programs.  We have embraced automated software testing to increase effectiveness and efficiency.  Within a few months, SuprTEK was the only verification contractor to have all its team members up and running with Test Complete.  A few months later, our EIV&V team was providing training sessions to share the testing tool’s capabilities with Government functionals, developers, and business analysts from multiple projects. 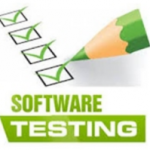 SuprTEK and our customer are already seeing tremendous payback from investing in advanced and automated testing.  Reliability and throughput have seen significant increases. Tests that once took seven minutes can now be completed in about a minute – a 600% improvement.  Plus, table driven tests can automatically repeat process testing using hundreds of variances and combinations.

Providing the exceptional solutions to our customer is always the goal at SuprTEK, and our EIV&V team is shining example of that commitment.